Home/News/Clout Bounces Back To Win THOR MX1 In Canberra

Clout Bounces Back To Win THOR MX1 In Canberra

The elite riders in ProMX set blistering speeds from their first laps on the Canberra circuit, making it clear to all in attendance that the war of attrition from Round 1 was over. Round 2 would be an all our display and battle of speed at the Penrite ProMX Championship presented by AMX Superstores.

CDR Yamaha Monster Energy’s Luke Clout and Honda Racing’s Brett Matcalfe battled early on lap 1, with several passes back and forth before Clout would solidify his hold on the lead. From here, Clout began to check out, as Brett Metcalfe was shuffled back through the pack as first, Honda Racing’s Kirk Gibbs moved to second, before Husqvarna Racing’s Todd Waters made the pass on Gibbs to move to 2nd position. KTM Racing Team’s Regan Duffy also passed Gibbs, charging through from outside the top 5 to put pressure on Waters late in the moto. At the chequered flag, Clout would bring the race home from Waters in 2nd, Duffy in 3rd, Hayden Mellross in 4th and Kirk Gibbs in 5th. 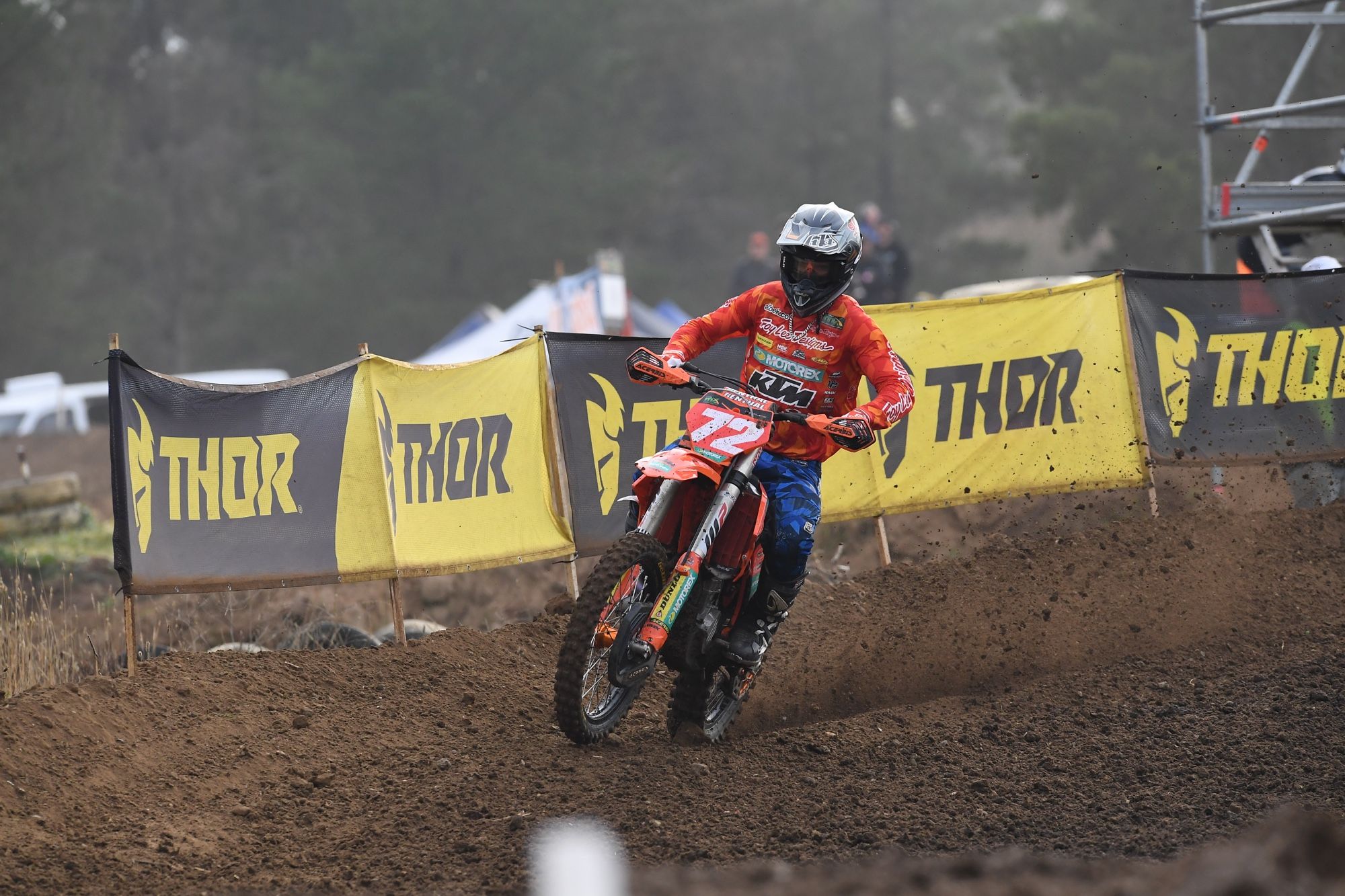 In the first Back 2 Back moto’s of the season, Luke Clout would waste no time in executing the 100% Holeshot award and maintaining a moderate advantage from Regan Duffy as the pair fought for track position throughout the thirteen minute plus one lap moto. Behind the lead pair at the chequered flag, Hayden Mellross finished 3rd, with Todd Waters 4th and Brett Metcalfe 5th. 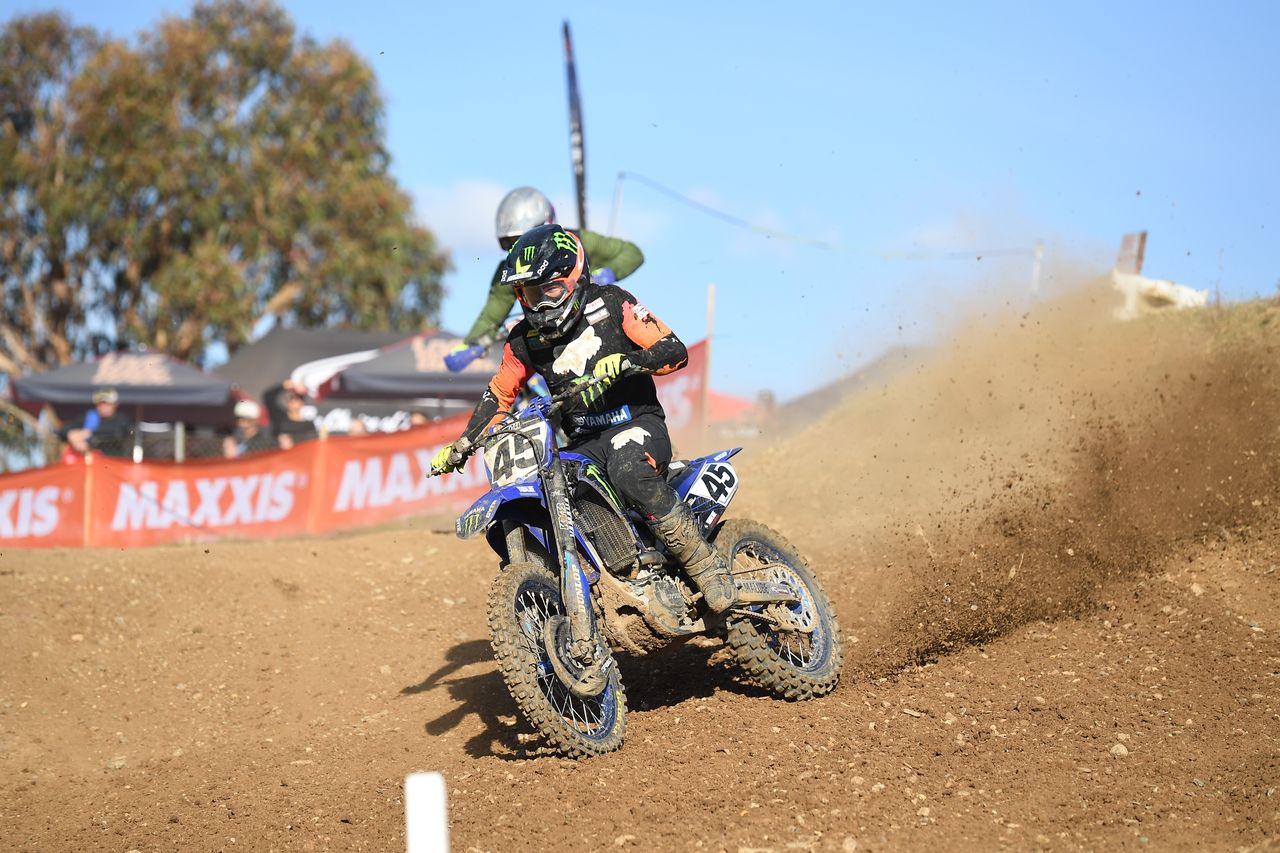 In the second Back 2 Back moto to finish the day, Kirk Gibbs would lead from the gate drop with Luke Clout pressuring him constantly around the Canberra circuit. Clout would made a brief move to the lead but was answered by an aggressive pass by Gibbs, punting Clout off the track. Hayden Mellross passed Regan Duffy at the half way point to move into third position and this order ran to the chequered flag with Kirk Gibbs taking the win from Clout, Mellross, Duffy and Waters rounding out the top 5 positions. 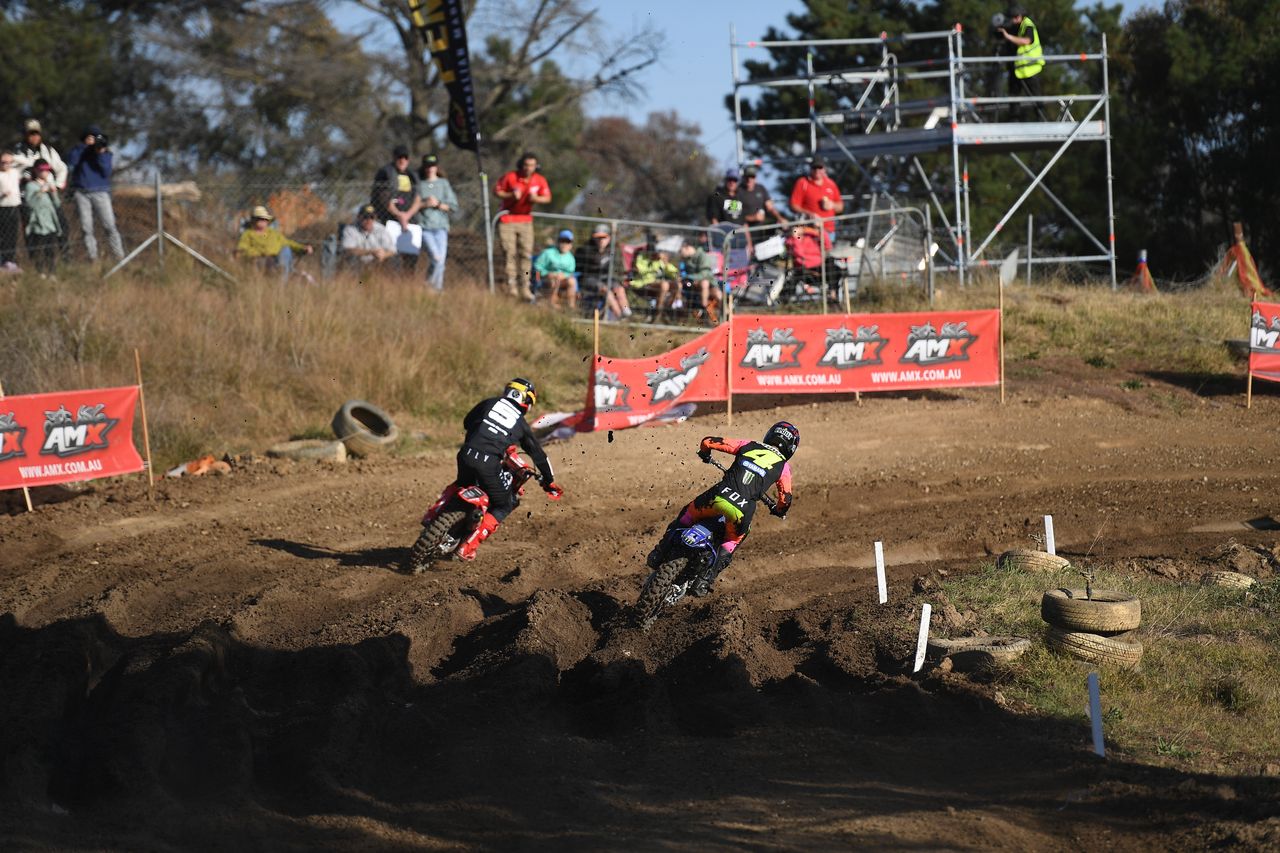 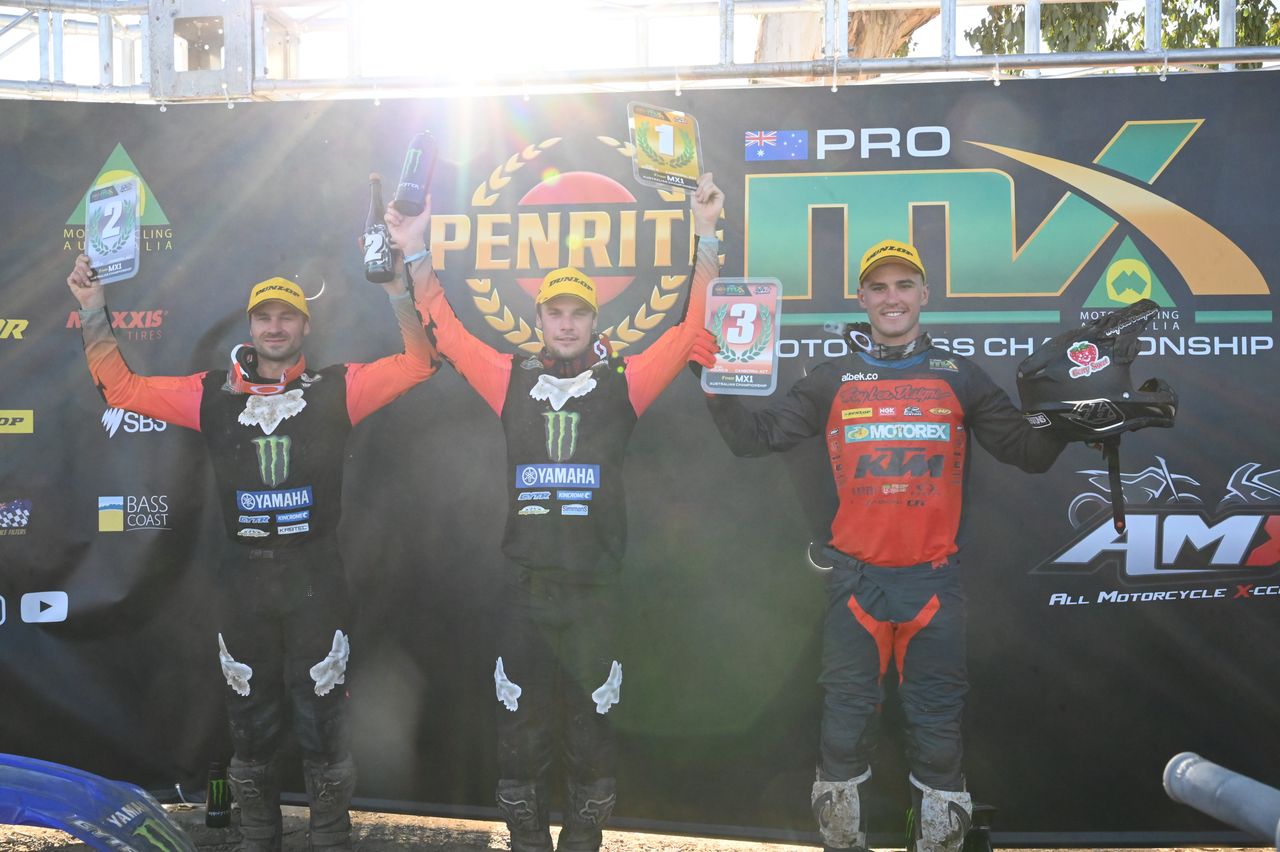